The huge virtual egg hunt. Snapchat has spread 1 million Easter eggs around US and Canada 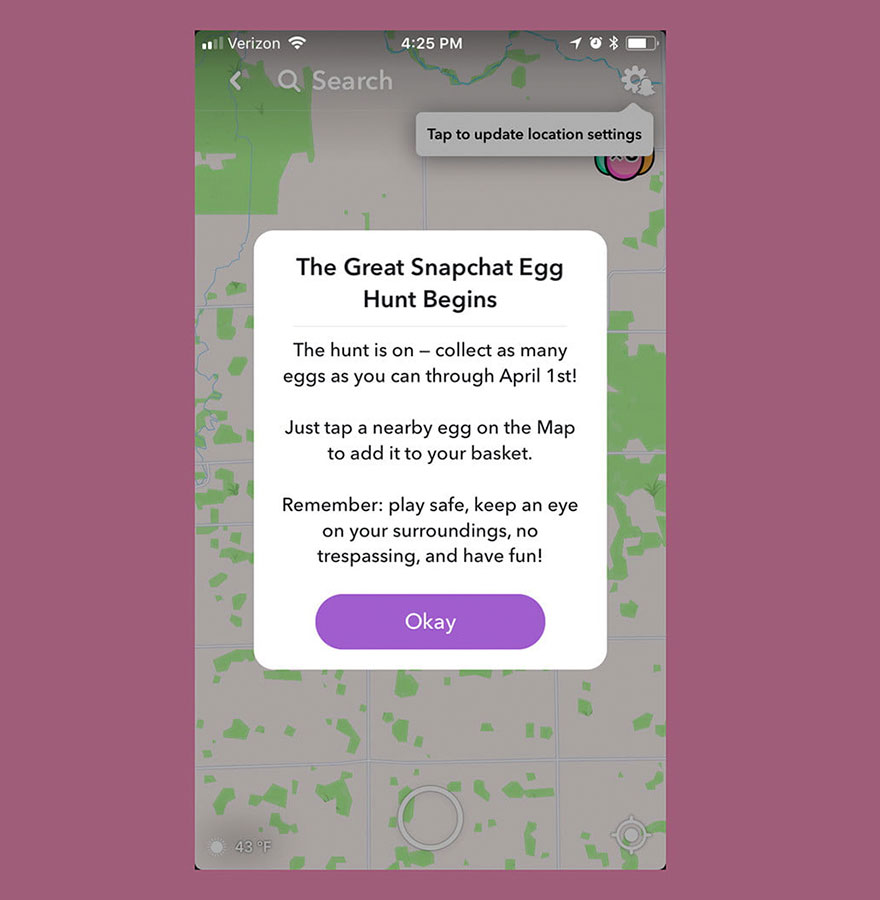 The giant virtual egg hunt is meant to restore Snapchat’s popularity among teenagers and adults, after a couple of bad business moments. I hope we all remember how Snapchat’s shares have plunged after Kylie Jenner’s post that she won’t use the new features of the app because of its redesign and ads. 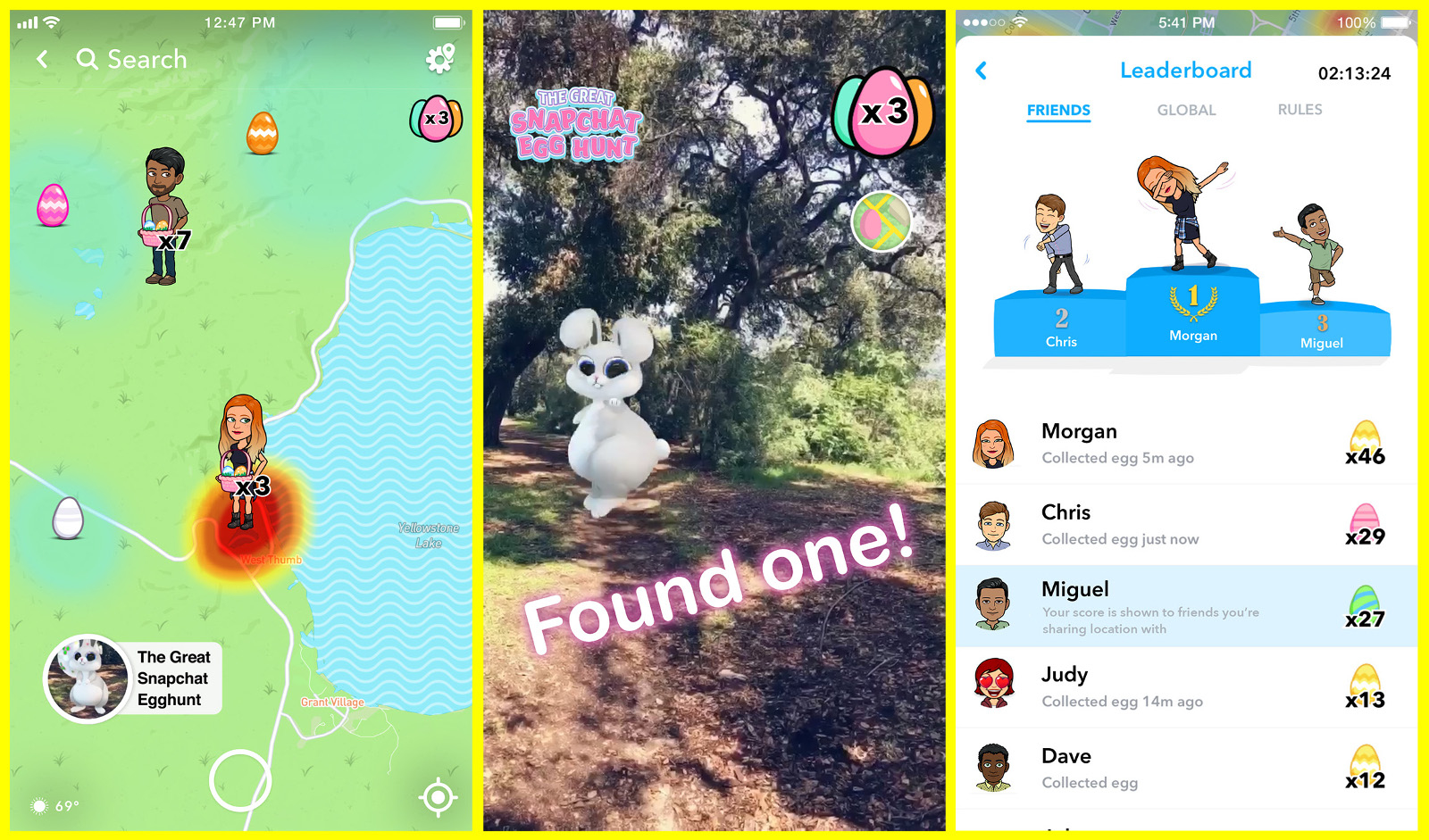 The geocaching game: how it works

Only for US and Canada users, in the local neighborhood’s map. The eggs can be found in any public places and the mechanism is very similar to the one of Pokémon Go. The only big difference is that you are not catching manga monsters, but painted eggs. So, the decorated virtual eggs are hidden in stores, parks, shopping malls, airports, bus stations.

If you catch an egg this doesn’t mean that it’s been eliminated from the game or the location. You can chase the eggs together with your buddies and act as a team. You can also track their performance, because the app displays multiple scores. But even you want to play as a team, you cannot see everyone in the app but only the ones that you’ve allowed to. There is also a Ghost Mode if you don’t want your egg chase to be disturbed. But you wouldn’t be able to brag about your score either.
The game hosts two kinds of Easter eggs you can catch on Snapchat: plain eggs that count 1 point and golden eggs – 5 points. 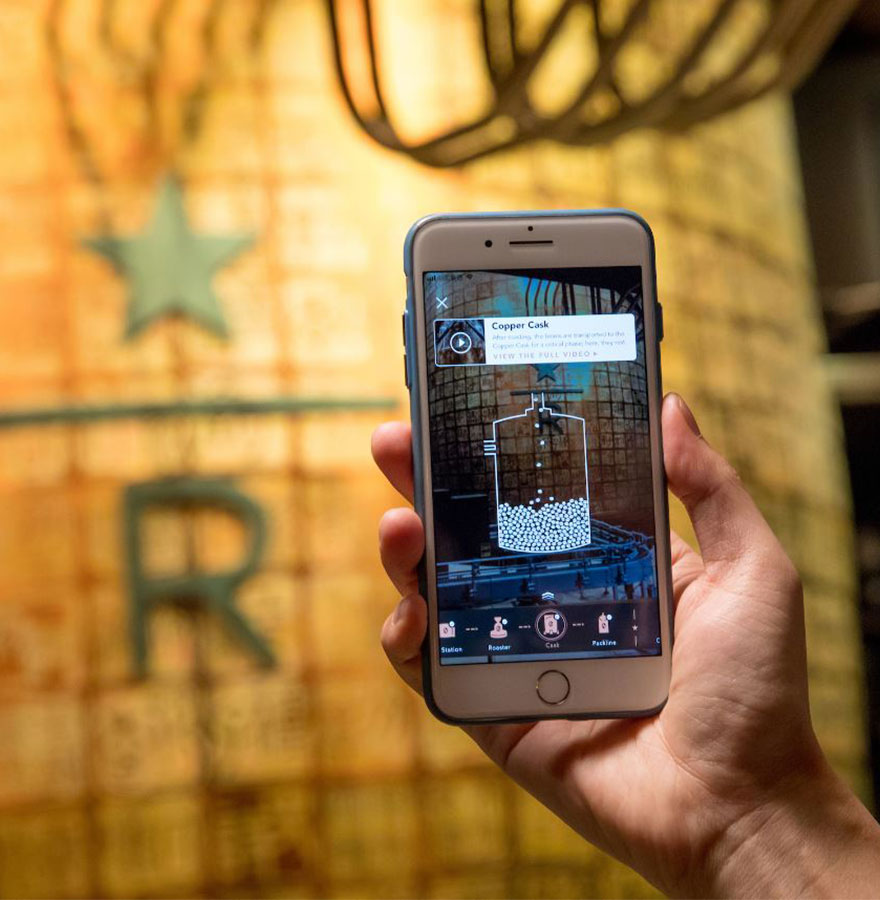 Hold your phone up to Starbucks store and enter a new world. The AR shop in Shanghai

The second round of Easter egg hunt. This time signed by Cadbury